Joseph graduated from East15 in 2012 and has since performed across venues such as Theatre503, The Tristan Bates Theatre, Leicester Square Theatre, The New Diorama and The Pleasance. He has collaborated with The Smooth Faced Gents with his own theatre company: Eunoia Theatre, spent last year touring across Europe as Jim O’Connor in ‘The Glass Menagerie’ and has worked on a number of site specific and devised pieces which he has a particular interest in. Joseph is very excited to be part of Room6’s debut production. 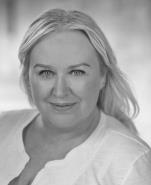 This is Angela’s debut play. She is currently working on her second play. She is also writing a series of novels under the title of The Love Detective all of which are set in Wimbledon. Angela has won various prizes for her short stories including a national competition held by ITV’s This Morning. Angela and her sister Claire Dyson are co-founders of Room 6 Theatre Company. 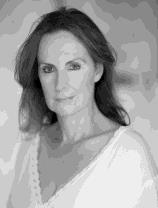 Claire trained at Richmond Drama School and won the “Swan Award” for Best Actor. Credits include: Goneril in “King Lear” (The Rose Bankside) The Duchess of York in “Richard 11” (St Leonard’s Shoreditch) Charlotte in “Spotted” (Etcetera Theatre)
Dr. Mortimer in “The Hound of The Baskervilles” (Yvonne Arnaud and Tour) Credits whilst training include Hannah in “California Suite”, Volumnia in “Coriolanus”, Arkadina in “The Seagull”, Narrator in “Hard Times”.
Directing credits include: “Art”, “The Secret Rapture”, The Dumb Waiter”, “Shirley Valentine”, “84 Charing Cross Road”. 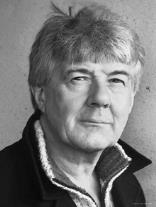 After 15 months of weekly & fortnightly rep. in his home town of Crewe, David decided he’d better train as an actor! Following his course at RADA, he spent several seasons in repertory theatre: at Crewe again, Coventry, Leatherhead, Guildford, Liverpool, Edinburgh, Hornchurch and Birmingham.

He has had a close connection with the plays of Ray Cooney: starting in 1986 he was in Ray’s Theatre of Comedy production of An Italian Straw Hat, followed by West End productions of Out of Order (90), It Runs in the Family (92/93), Funny Money (96), and Tom Dick & Harry (05), both as actor & Ray’s assistant. He has since directed most of these plays in the UK & abroad. Other West End appearances include Confrontation (Roundhouse), Baggage (Vaudeville), and the world’s longest running play The Mousetrap (St Martin’s). Most recently as an actor, he did two national tours of Dad’s Army (playing Sgt Wilson), and played in British Theatre Playhouse’s production of Yes Prime Minister, in Singapore & Kuala Lumpur.

As a theatre director David has over 70 productions to his credit: in this country, for the Webber-Douglas Academy, the Guildford Conservatoire, Jill Freud’s Southwold summer theatre, and the commercial & touring sector; and overseas, for the Coconut Grove Playhouse in Miami, the Papermill Playhouse in New Jersey, P&O Cruises, the English Theatre in Vienna, and in the Far East for BTP (Singapore, KL, Penang, Bangkok and Colombo). Most recently he produced the Christmas festive offering: A Bedfull of Foreigners for the Mill Theatre at Sonning, a summer production of Funny Money in Vienna, and Out of Order for BTP.

His many television appearances include Z Cars, Ripping Yarns, The Glittering Prizes, Second City Firsts, Shelley, The Prince of Denmark, The Fall & Rise of Reginald Perrin, Yes Minister, The Two of Us, Dear John, Only Fools and Horses, London’s Burning, On The Up, In Sickness & In Health, The Bill, Keeping Up Appearances, Rory Bremner, Peak Practice, Reach for the Moon and All About Me. Most recently he appeared as solicitor Mike Sommers in BBC’s East Enders.

Dr Who fans tell him that he’s one of only a relatively few number of actors to have appeared in both the classic 70s series, with Tom Baker, and the recent series, with David Tennant. This notoriety has led to him recording several new Dr Who stories for Big Finish, the producer of audio dramas. It also amazingly still leads to fan mail!

He spent 2 fabulous years in the early 80s in New Zealand, performing in several series and dramas for TVNZ and South Pacific Pictures. He returned married, with a baby daughter: he puts it down to the climate. 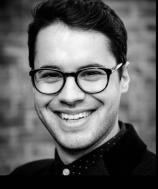 George trained as a director at LAMDA and graduated in 2013. Credits include, amongst others The Picture of Dorian Gray (White Bear Theatre), Doctor Dolittle (as part of Theatre In Education), Poppies at the Edinburgh Fringe, The Walworth Farce (Linbury Studio). As an assistant – These Trees Are Made of Blood (Southwark Playhouse), The Man Who Shot Liberty Vallance (Park Theatre), Clybourne Park (Lyric Hammersmith) amongst others. Upcoming work includes directing for the CASA Latin American Theatre Festival in association with the Barbican.